The DJ's Take: Sounds a lot like a remix of Harlem Shake, doesn't it? That said, this track has a tighter thump and doesn't drone on. Most importantly, it won't serve as the soundtrack for countless individuals and corporations trying to demonstrate how fun and wild they can be. Serious modern trap music with the potential to melt faces, and a nice change up from the generic Top 40. In fact, with the right crowd, I could see people coming up to you and asking for the song title. May sound cool with Tom Ford or any other loud, theatrical track in a similar bpm range. 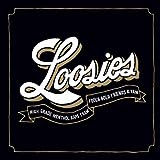 Popular posts from this blog

May 21, 2021
tempo: 101 bpm The DJ's Take: Track #5 in mix #62 (8:05): I wanted to go a little off-beat in this mix, step outside traditional pop and hiphop, and this one fit the bill. A little on the louder side, and I didn't want to drown out the previous song with the screeching riff at the beginning, so we brought the volume down a little: Bound to bring out the inner-hippie in a crowd; worth a spin for a change of pace. Some key-compatible music from 100 to 105 bpm: Classic - The Knocks ft. Powers Too Close - Next Levitating - Dua Lipa ft. DaBaby I.F.L.Y. - Bazzi Something Just Like This - The Chainsmokers & Coldplay Paris - The Chainsmokers Kids - OneRepublic I'm In Control - AlunaGeorge Perfect (Matoma Remix) - One Direction Cheyenne - Jason Derulo Midnight City - M83 Cake - Flo Rida & 99 Percent LoveGame - Lady Gaga Breathe Deeper - Tame Impala Madiba Riddim - Drake Sleeping With A Friend - Neon Trees Nasty Boy - Notorious BIG
Read more

Taeho Lim
Ex-dj living in Boston. Child of the 80s and 90s. Fan of dive bars and Korean food.